What is obsessive compulsive disorder (OCD)?

Obsessive-compulsive disorder is characterised by anxious thoughts or rituals that you feel you can't control. If you have OCD you may be plagued by persistent and unwelcome thoughts or images, or by the urgent need to engage in certain rituals.

OCD has two main components: obsessions, which consist of intrusive thoughts, impulses, or mental images; and compulsions, which are repetitive behaviours that the person feels driven to perform in response to the obsessions.

In some cases, the compulsion may represent a strict set of rules that the person must rigidly apply each and every time (checking the locks a certain number of times, for example) without exception in order to feel "right."

One key point to bear in mind is that sufferers with OCD don't perform their compulsions for pleasure or satisfaction. The compulsive behaviour becomes linked to an obsessional thought and the obsessive behaviours help to reduce the level of anxiety produced by the obsessions.

Typically the most common compulsions are:

Often sufferers with OCD will have one or maybe several of the list above as well as other rituals that quell their anxieties.

Some sufferers live each day with obsessional doubting, this is the fear of having failed to perform a task adequately and if they fail then dire consequences will follow.

Often they will try to suppress the worrisome thoughts or images, but this leads to rising anxiety which then leads to an overwhelming compulsion to check. For example, someone may worry about forgetting to lock the door or turn off the gas burner on the cooker and spend hours checking these things before leaving home.

Obsessive-compulsive personality disorder (OCPD) is a type of personality disorder marked by rigidity, control, perfectionism, and an over concern with work. Sufferers with this disorder often have trouble relaxing because they are preoccupied with details, rules, and productivity and are often perceived by others as stubborn, stingy, self-righteous, and uncooperative.

If you suffer with OCPD your life may be filled with careful rules and procedures for conducting many aspects of your everyday life. While the goal is to accomplish things in a careful, orderly manner, the on going desire for perfection and insistence to complete tasks by the book often overrides the ability to complete the task.

OCPD sufferers are known for being highly controlling and bossy towards other people and often insist that there is one and only one right way (their way) to perform tasks.

On the face of it, sufferers would make ideal employees and many companies would reward their conscientiousness and attention to detail. But the reality is that people with OCPD do not show much spontaneity or imagination and when faced with a situation that requires immediate action they may feel overwhelmed and paralysed by trying to make decisions without concrete guidelines.

Even when behind schedule, OCPD sufferers are uncomfortable delegating work to others because the others may not do the job properly.

People with OCPD often get so lost in the finer points of a task that they cannot see the larger picture. They are often highly anxious in situations that lack clearly defined rules because such situations arouse their fears of making a mistake and being punished for it.

Many OCPD sufferers bring office work along on vacations in order to avoid "wasting time," and feel a sense of relief upon returning to the structure of their work environment. Not surprisingly, this combination of traits strains their interpersonal relationships and can lead to a lonely existence.

How does analytical hypnotherapy help me overcome Obsessive Compulsive Disorder?

The good news is that OCD and OCPD are treatable. There is a reason and cause for the behaviours, and at a subconscious level it serves a purpose. In many cases the anxiety that generates the behaviour is as a result of fear and consequences, whether real or imagined. And so through hypnotherapy we use the fear and anxiety as a way to find the original thought, suggestion or event that triggered the compulsive behaviour or traits.

When we understand the purpose of the behaviour we can then cleanse the emotional attachments around that triggering event so that the obsessive behaviour is no longer needed.

To find out more about the stages and process of change, have a look at the 'The process' and the 'F.A.Q' pages from the menu options above.

How many sessions of Hypnotherapy will I need?

The number of sessions required will vary according your individual needs and circumstances along with how quickly we can get to the root and cause of the behaviour.

How long is a session and what's the cost per session?

The cost per session is £60, with each session lasting around 2 hours.

How can I pay for treatment?

Payment is per session and can be paid in cash, debit card, Visa or MasterCard at the end of each session.

What's the next step in overcoming my OCD and OCPD?

If you have been suffering from OCD or OCPD and the limitations they create, then don't spend any more time on the sidelines of life, then call me on 01772 439046, or email me by clicking here. 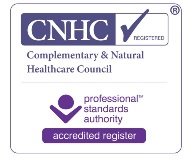